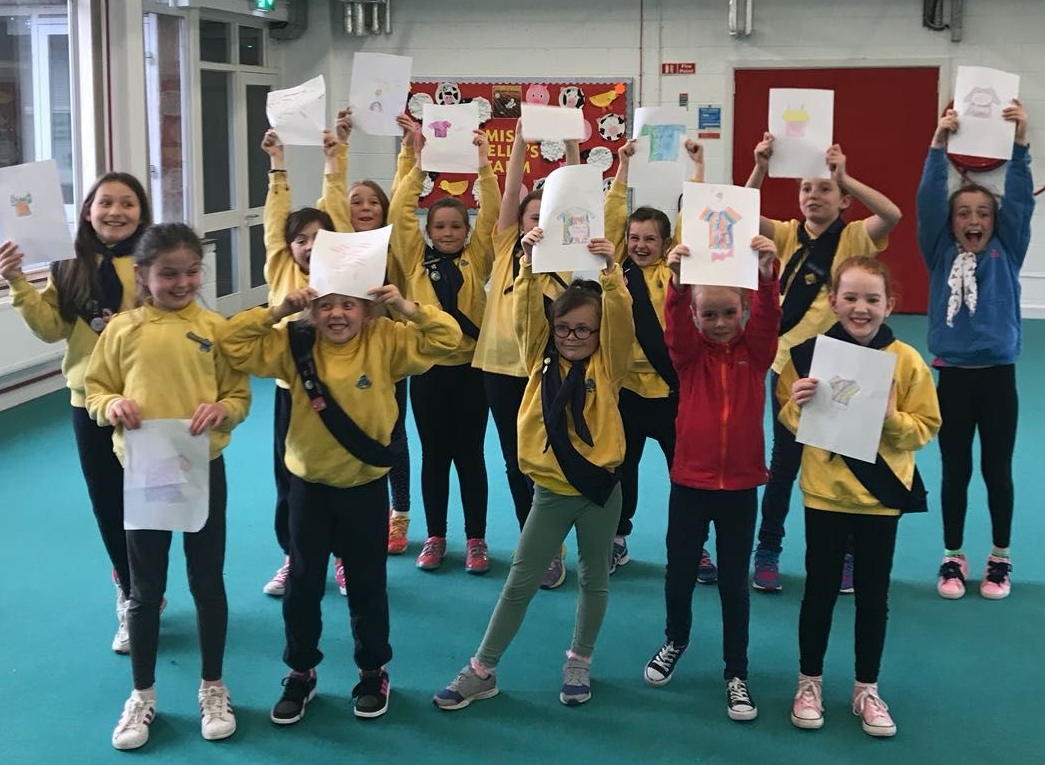 Helen Hartnett is a Brownie and Guide leader in the Kildare area, Ireland and has successfully delivered the Free Being Me programme to girls aged 7 to 10 and 11 to 14. She talks about her experience as a mother and leader running the programme:

When Helen initially began delivering the Free Being Me programme she says “It was surprising how informed the ‘vision of beauty’ was, even in girls of a young age.” She explained that in one particular exercise with Brownies (7- 10 years) they were asked to draw a picture of a princess. In 99% of the cases the images produced were identical: blonde hair, blue eyes, clear skin, small waists and so on.

In another exercise with the Guide group (11- 14 years) the girls were shown a series of pictures before and after airbrushing:

“In all instances the girls agreed that the altered image was better. It was as if recognising the Image Myth wasn’t enough to deter the girls from feeling the need to comply with it. We’re just trying to get the girls to understand that conforming to stereotypes isn’t always in their own best interests, that it’s OK to just be yourself.”

She continues by saying that as a leader, projects like this gave her a clearer understanding of the image issues affecting young girls as well as the skills to talk about them with young people.

“As a Mum, it has allowed me to open channels of discussion with my own daughters. It’s been an eye opener in so many ways”

In order to explore the idea of body confidence and self-esteem further Helen says that the girls work on projects exploring similarities and differences between themselves. Through the course of their work the girls are encouraged to understand that differences in appearance don’t make your friends like you any less: “The point is,” explains Helen, “that we don’t all have to be the same to be beautiful.”

Helen sees Free Being Me as something bigger than the Irish Girl Guides (IGG) and indeed WAGGGS.

With over 10 million members worldwide, the potential for Free Being Me to help change people’s Body Attitudes is enormous.

“In IGG we are striving to shape the leaders of tomorrow; our tagline is ‘Giving Girls Confidence’ and body confidence is as good a place as any to start.”