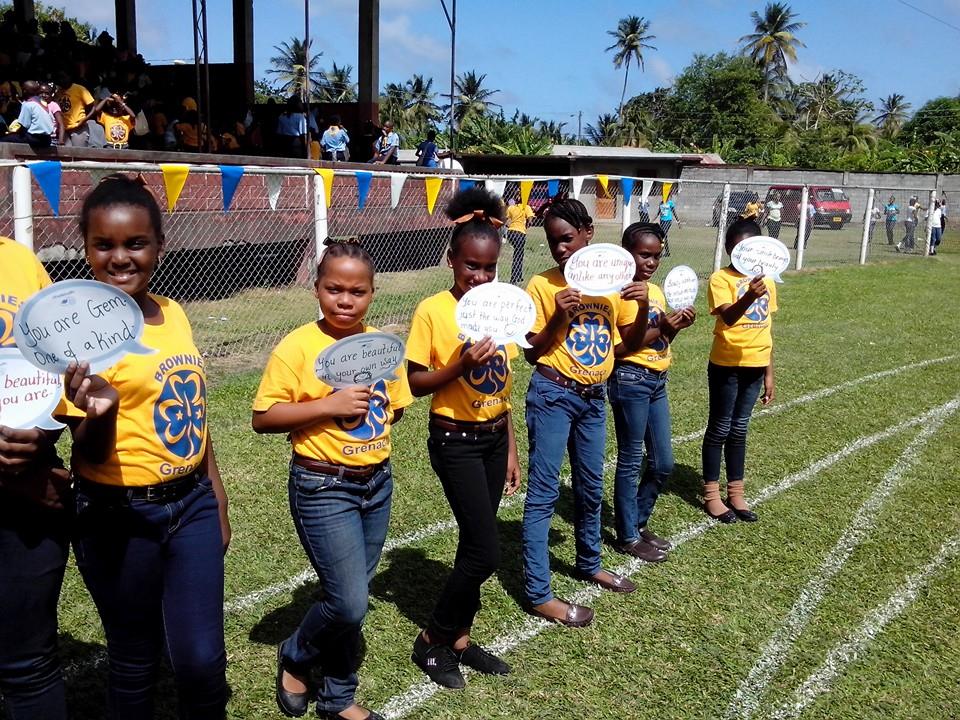 The initial stage of the “Free Being Me” launch was carried out, at the elementary school where I teach, through an oral survey involving the students of Grades 3, 5 and 6.  They were asked questions and asked to stand:

The other classmates meanwhile, sitting took turns in giving those who were standing, positive affirmations to make them feel special just the way they were.  Their affirmations/positive comments stated were recorded and written on speech bubbles, such as

On Thinking Day, 22nd February, 2015, the official national launch of Free Being Me was carried out, which was given an official space on the program.  Team Trainer, Patricia Baptiste, gave a short summary of the Free Being Me program.  Then, members of the Brownies, Guides and Scouts, who were standing among the audience, read loudly and clearly off the various speech bubbles (as per the comments made by the students from the survey carried out within the school).

Members of the association, within the age range of the Free Being Me programme, were randomly chosen to do an acrostic poem on the phrase “FREE BEING ME.”  This was followed by a musical interlude of the song, “Just the Way You Are” written by Bruno Mars.

The launch ended with self-portraits of members within the association holding speech bubbles written themselves and those that were said by audience members.  Finally, flyers with information about the Free Being Me programme were distributed to leaders and adults in attendance, also sign-up sheets were passed around for persons interested in the programme.

One Response to “Grenada ‘Free Being Me’ launch”

Free Being Me is a partnership between…