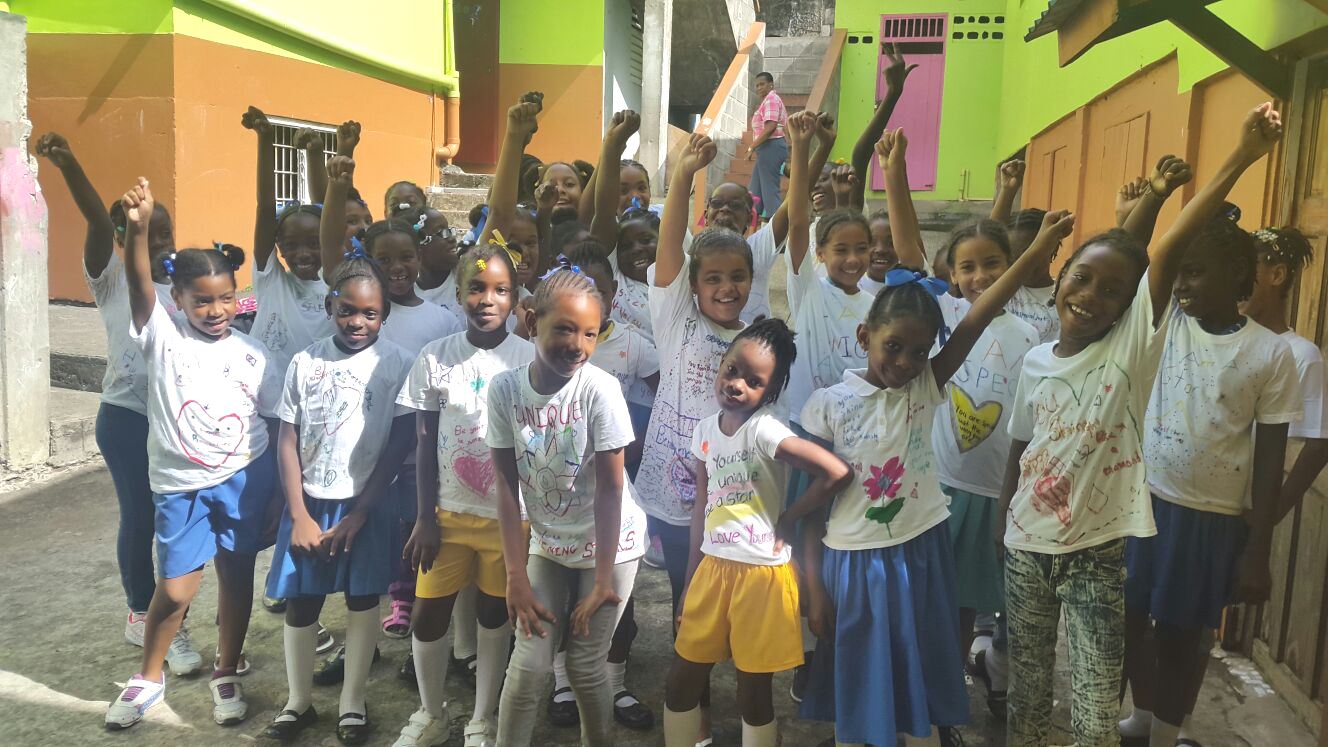 The Free Being Me program was an exciting, eye opener for the 62 girls that took part in the program. Their self-esteem and the acceptance of who they are was realised. But the most rewarding part was sharing the concept with others…

It was time to Take Action! We were excited and ready to spread the Free Being Me message. As we sat together we decided to target the Boy Cubs in our school.

The Brownies were asked to bring in a plain white t-shirt to design in our Brownie session. They were very creative in doing so and we, the leaders, were amazed.  Beautiful flowers, stars, hearts, balloons with positive message about self image and worth and letting others know how beautiful they are inside and out.

The next week, Thursday,  the Brownies visited the cubs during their meeting.  Each Brownie wore their beautiful designed T-shirt with pride. The Brownies did various performances in the form of skits, songs and ads. They shared the message of self acceptance, not changing who you are because of the media, the myth of the perfect female and male.

The cubs were very receptive and interactive.  They both answered questions and asked questions. At the end of the session the Brownies were elated that they had left a mark on the Cubs, and that they had met the goals of the program. They gave some of the stars they had made to the cubs as a reminder of how special they are.

One Response to “Taking Action in Grenada!”