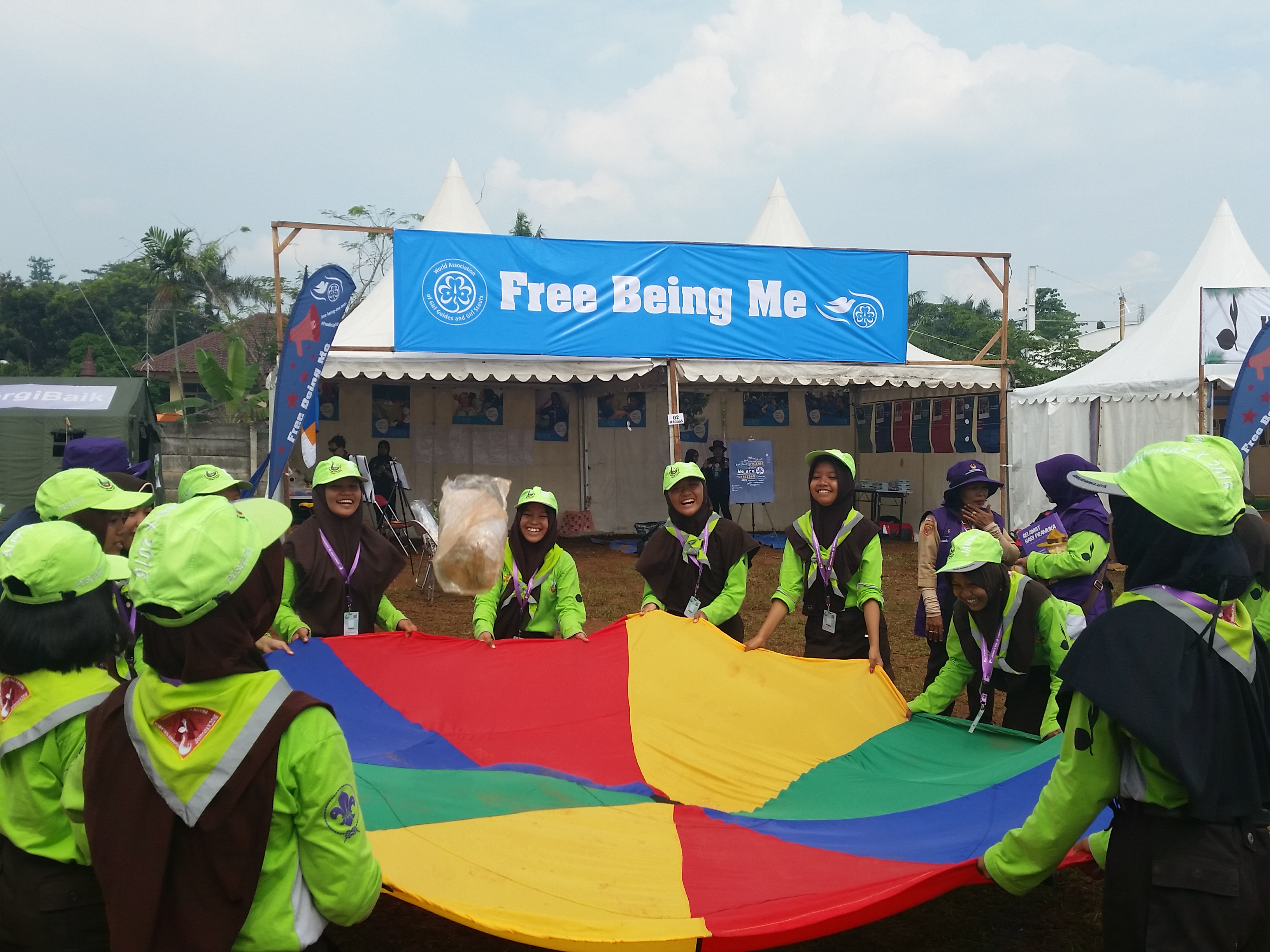 In August 2016, Free Being Me came to JAMNAS, the Scouts of Indonesia´s national jamboree, reaching over 2000 participants through FBM taster sessions! Titiek Farhana, from Girl Guides Singapore tells us her experiences as a facilitator.

We started the day with Pelele to get everyone energised: Some shared that they appreciate having their legs as they like walking to the Jamboree or that they like their hands because they can use it to help others. The activities are fun and games but there are underlying values that the participants understood while we played Pelele together. Through questioning, they managed to reason why each body part they like was purposeful instead of just they way it looked physically.

The second activity we did was to uncover the Image Myth. We first started off asking the girls who their favourite celebrities were. They were excited to share with us Indonesian singers and actresses they like. We made a list of the physical qualities for “The Perfect Woman” and what they think makes their favourite celebrities attractive. The list was extensive from hair, to skin colour to eyes and height, body shape and so on.

We began to read out all of the qualities they mentioned and made them imagine a person with all the qualities they listed. We asked the girls if they have actually met this person in real life and if this person exists in this world. They then began to laugh and realise that it is just a figment of their imagination. We cancelled the word “Puteri Sempurna” which meant “Perfect Woman” and replaced it with “Puteri Kayalan” which is an “Image Myth”. It was impactful when we did that. We took the opportunity to educate them about The Image Myth and how it skews the society’s expectations of what the “Perfect Woman” should be from advertisements and social media.

Ultimately, during the sharing, there was body positivity and mutual respect for being unique and special in one’s own way. After that activity, they wrote down what they appreciate about themselves on a FBM button badge we provided. The girls wore their button badges proudly after the workshops and it is a sign that we were successful in our workshop delivery.They realised that there is no one standard of beauty and that they should be confident in themselves instead of comparing themselves to someone unattainable.

One Response to “Uncovering the Image Myth in Indonesia”

Free Being Me is a partnership between…